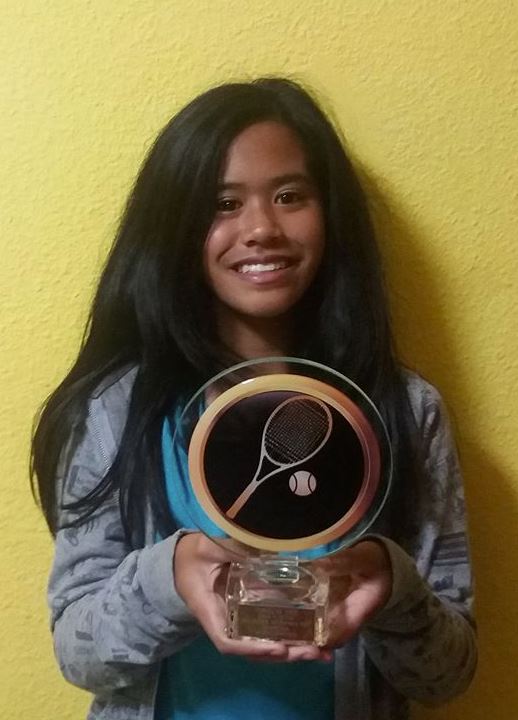 It has been a good couple of weeks for Jeannieross Barcia that have culminated in a great performance at the Andalucian Regional Under 13 Championships. Jeannie has had some tough matches, having to first qualify and then battling to reach the semi-final on the final weekend of the championship. But first of all, on the 21st October Jeannie also became under 16 champion at Polideportivo San Pedro Alcántara Marbella.

On 22nd October Jeannie won the first qualifying match 6-0, 6-0 to go forward to the final draw. In the final qualifier against Dana Aylan, a consistently good player, Jeannie played an almost perfect game with confident passing, forehand down the line and cross-court shots. The final score was 6-1, 6-0, a great result and Jeannie went through to the final 16 playing the next weekend.

On 28th October Jeannie played two matches, she won the first match against Claudia Garcia Jimenez ranked number 4. It was a really exciting game taking 4 hours and the final score was 7-6, 3-6, 6-3 taking Jeannie into the quarter finals. In the quarter finals Jeannie won again 6-3, 6-3 becoming the first Filipno to make the regional semi-finals.

On the following day Jeannie played in the semi-final and, although she lost, gained great experience at playing in a regional championship at a high level.