No roof will be needed over the tennis courts in Marbella today. 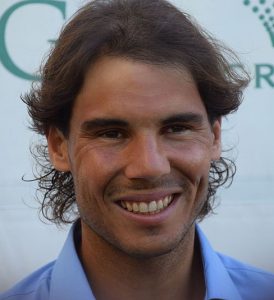 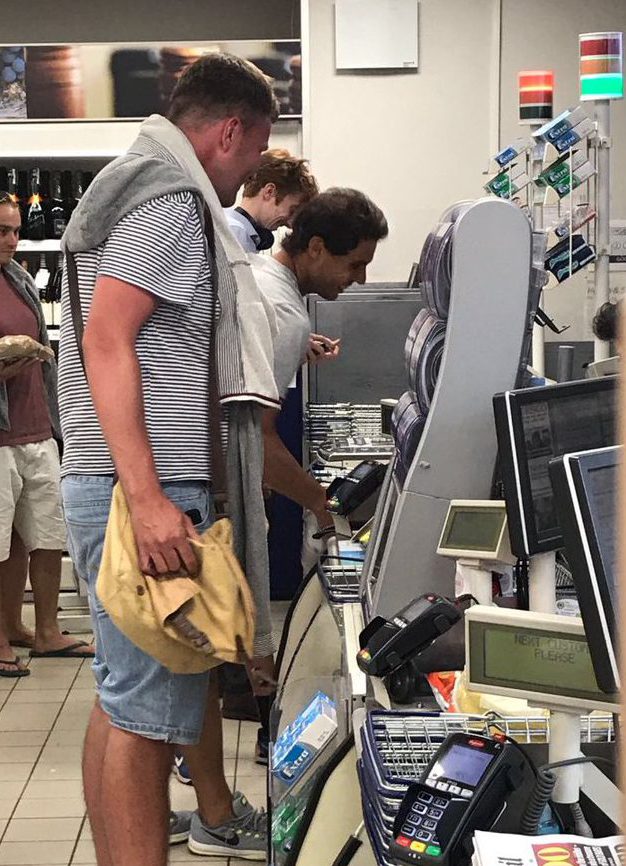 Rafael Nadal was in great form yesterday with a powerful display of tennis as he progressed to the last 16 of Wimbledon with a straight-set win over Russia’s Karen Khachanov. The Spanish fourth seed Nadal took the first set in just 21 minutes and eventually won 6-1 6-4 7-6 (7-3) on Centre Court.

Rafael was also causing some interest on Twitter as he was photographed struggling to work a self service machine in a supermarket near the Wimbledon grounds.

The 2017 Wimbledon Grand Slam got under way yesterday. Wimbledon, the oldest tennis tournament in the world, has has been held at the All England Club in Wimbledon, London, since 1877. 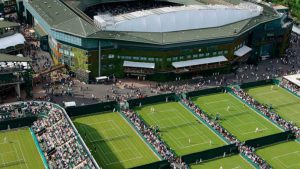 The number one seed Andy Murray progressed through to the second round but there was a surprise upset for the number 5 seed Stan Wawrinka as he was knocked out by the Russian Daniil Medvedev in an impressive four set win: 6-4, 3-6, 6-4, 6-1 .

If you are staying in the area, why not take some Marbella tennis lessons to improve your tennis skills. 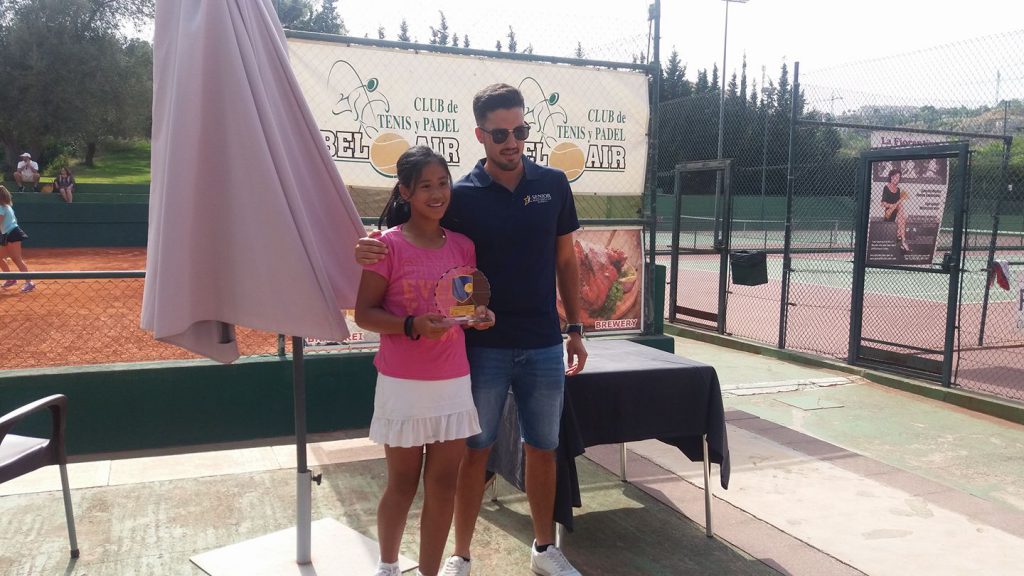 Jeannie has been taking Marbella tennis lessons from her dad since she was four years old.

Jeannie becomes the champion in the 16 years and under age group of the Championship of Estepona Tennis Club. 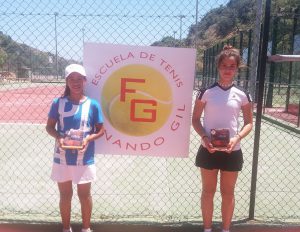 On the 4th June, 12 year old Jeannieross Barcia was runner-up at the Costa del Sol circuito Royal Tennis Club in the under 16 junior tournament. 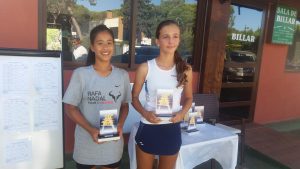 Jeannie’s Father Orlando Barcia is her tennis coach in Marbella.